The first time I stayed here I was filled with an overwhelming sense of peace and I let go of a breath I didn’t even know I was holding.

But who am I? I’m Tara, I’m a short, messy haired romantic and I discovered Simpson Cottage when I stayed here with my family. I'll never forget it, I fell madly in love -we all did. I imagined returning over and over again and thought how much I'd love to create a place where you feel like youre miles away, then I'll share it so other people so they can feel just like I did.

Ten years on and here we are, I still skip in the gate as I pinch myself and consider myself the luckiest person on earth with the best job in the world and I can't wait to share Simpson Cottage with you so you can escape and relax. 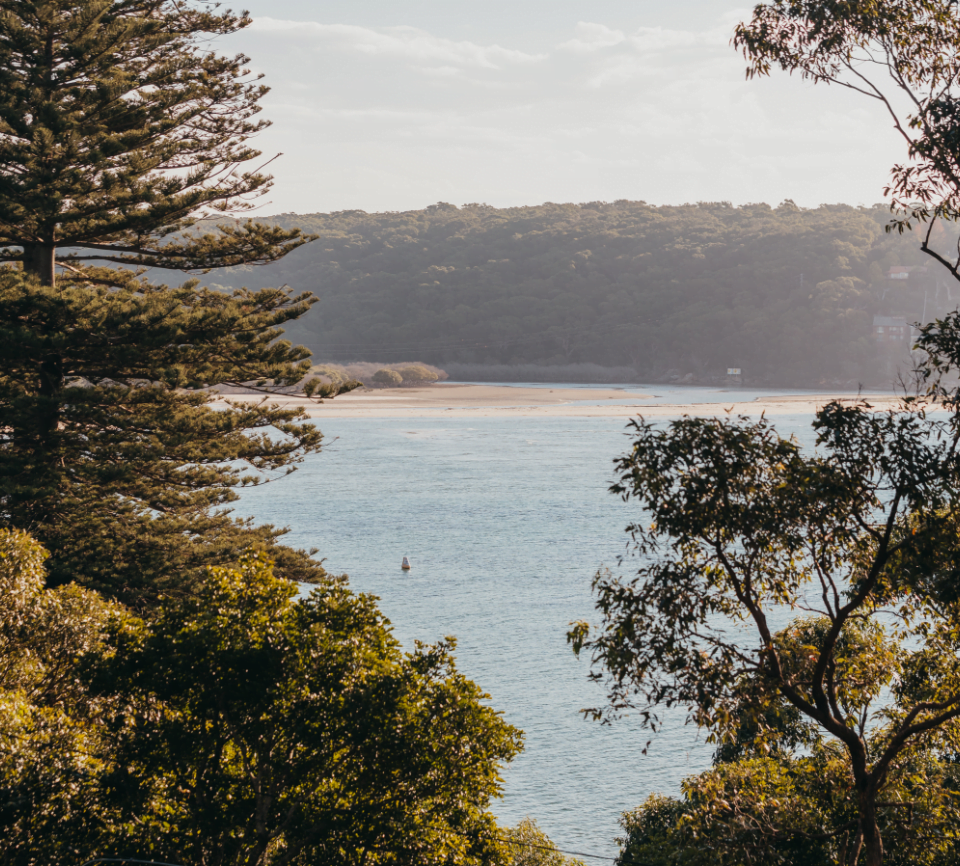 On November 5, 1863, George Simpson was granted 20 hectares of land (now Bonnie Vale) on the southern side of the Hacking River. Although not the first to be given a grant he was the first to establish a permanent settlement there. He built “a stone house, dairy, stockyards and a pig sty” which he left to his son William on his death on March 17, 1866. The value of these improvements was 150 pounds.

That ‘stone house’, now known as Simpson Cottage, was built with sandstone blocks chipped out by convicts. The signature marks are still visible today. Both George and William Simpson were market gardeners, but believing there was a market for people who wanted to come across from the other side of the river, William started to run a ferry from a wharf he built on the bank of the river below the cottage - ‘Simpson’s Wharf’ - to Turriell Point (now Burraneer Bay). This ferry ran from the 1880s until the 1920s.

William now had a cottage, a pig sty and a small income from the ferry. He then decided that the largely “European” visitors would like more of a feeling of home and introduced deer (originally paddocked but of course they escaped) and a number of deciduous trees. The deer are still a common problem in the National Park today.

Getting an early taste for the tourism dollar, Simpson built a large attic roofed hotel and was granted a liquor license in 1887. By the 1890’s the hotel was a local landmark and a very popular destination with honeymooners and families. The first school in Sutherland Shire was held in a room of the hotel - members of the Simpson family and a few other children were taught there.

The hotel license was terminated for a time during 1935 “for failing to comply with the licensing court” and the hotel eventually burnt down on July 29, 1955. The hotel site was purchased by the National Park Trust in 1947 and is now a National Parks Rangers hut.

Much has changed since one of the so-called fathers of the National Park built his cottage with the help of half a dozen convicts, around 150 years ago. But a tradition of family ownership continued. Simpson Cottage remained in the Simpson family until 2003 when the Corah family purchased the cottage from William Simpson’s great grand-daughter.

Although it had been empty for over 10 years, the old lady would be taken to the cottage to sit on the verandah and once again enjoy the view she had enjoyed all her life. And when you see the views for yourself you will understand her contentment.

Simpson Cottage has been completely and sensitively restored back to the state it would have been in when Simpson first built it (plus a few modern conveniences), with one important exception; an extension to house the beautiful modern bathroom and kitchen. Landscape architect Monique Corah has created a natural garden to complement the heritage ambience of the original cottage.

In 2009 the Larnach family rented the cottage for a weekend, fell in love with it and came back a year later to find it was for sale. They purchased the cottage in 2010 and continue to rent it out as a holiday home and, perhaps more importantly, enjoy the cottage with their family and friends.